How Taraji P. Henson Finds Opportunity Where No One Else Thinks to Look 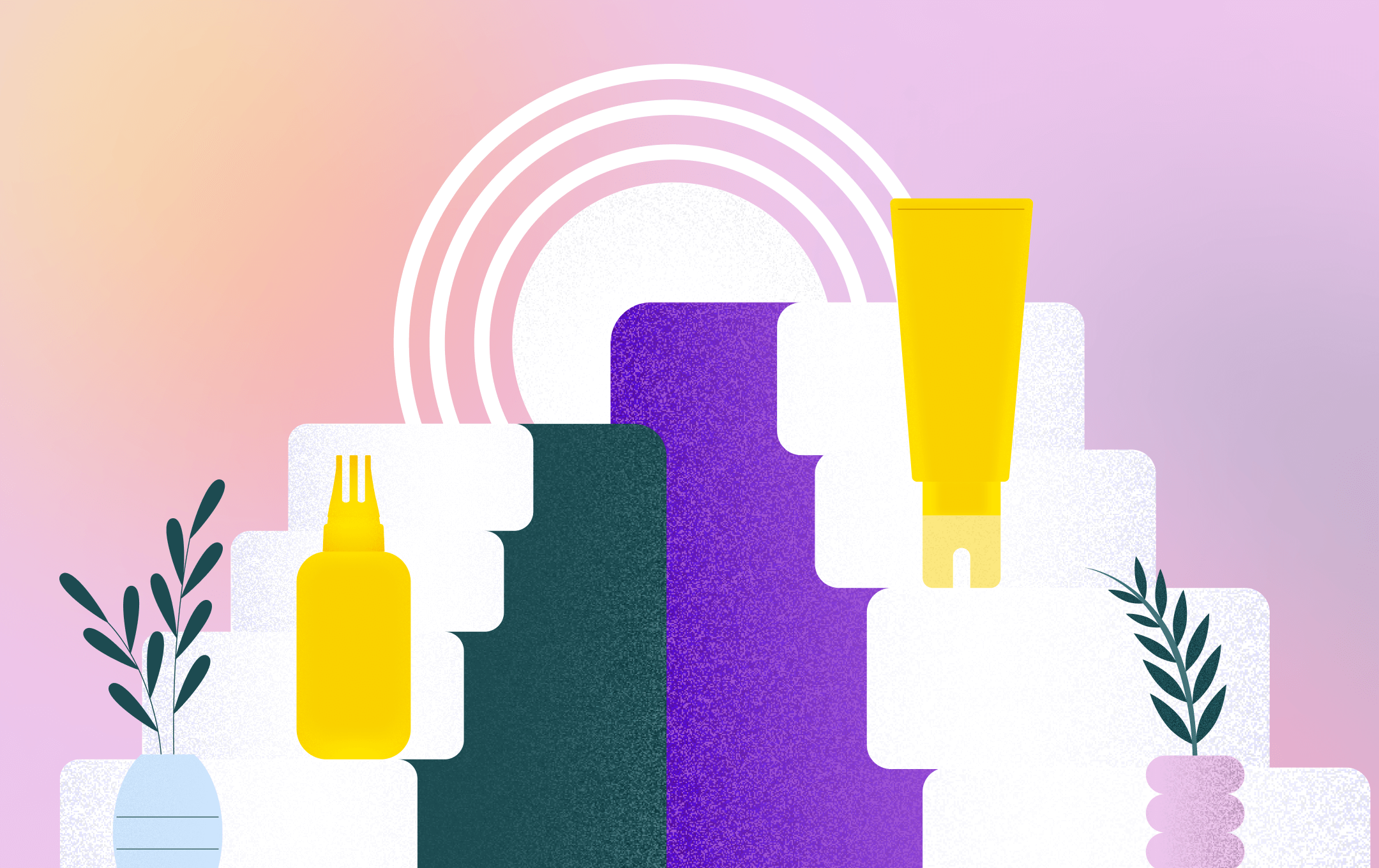 Written by
Kris Hill
Kris is a Senior Director of Research & Insights on the Product Marketing Team. She spends her logged off hours writing, traveling, making music, and scuba diving.
Events
Customer Stories

The actor and entrepreneur on how she uses her platform to address gaps in beauty and mental health.

By the time Henson’s Emmy-nominated turn as tough-as-acrylic-nails music mogul Cookie Lyon in “Empire” made her an undeniable household name, she had nearly two decades of screen credits to her name. Alongside a long list of acting award wins and nominations, in 2016 she was named one of TIME Magazine’s 100 Most Influential People.

As proud as Henson is of her acting achievements, she views her career as a platform for her passion projects. In 2018, she founded the Boris Lawrence Henson Foundation (BLHF) to promote mental healthcare in Black communities. In 2020, Henson launched her beauty line TPH by Taraji. She started with haircare products designed to nurture scalps, and later added a luxurious body care range.

I saw down with Henson at Thread 2022  to talk about how a friend opened her eyes to the business opportunity in her bathroom cabinet, tackling gaps in mental health support when no one else will, and why she’ll always choose honesty over perfection.

Want to catch up on everything that happened at Thread 2022? Watch (or rewatch) the event on demand. And read up on top highlights from the event.

Finding and filling the gaps

Henson’s advice to other entrepreneurs is to think about what a market is missing and address that need. In her business and charity work, she’s drawn on her personal experiences to find and fill those crucial gaps. “If you have an idea, figure out your entry point: What is going to make you stand out from all the other stuff that's out there?” she says.

TPH is one example of Henson’s ability to spot needs that aren’t being met and bridge the gap for those being left behind. For centuries, the American haircare industry treated products designed for Black people wearing their hair in natural styles as an afterthought at best. That’s improved in the last decade or so, thanks largely to Black-owned brands, who increased their share of the hair care market to $2.5 billion in 2021.

As she watched the natural hair care market grow, Henson didn’t want her own business to simply offer another line of oils, creams, and leave-in conditioners for the sake of it.

I had to figure out an entry point—something that set me apart from all the other products on the shelf. And that's when I started to deal with scalps. I knew exactly my entry point, because no one was talking about scalp care.

Like all her projects, TPH started with Henson’s personal experience. “When I got to Hollywood, I kept hearing horror stories about women losing their edges from all the heat and stuff on set,” she says.

Henson started wearing weaves to protect her natural hair from stylists who didn’t know how to care for Black hair. Her passion for cosmetology—and a former side hustle doing nails and roller sets in college—led her to create her own formula to cleanse and protect her scalp.

It was only when she gave some to a friend who instantly loved it that Henson realized she could be the one to offer the solution she was never able to find on store shelves. “That's when I started to see that it was a void,” she says.

She realized that the solution she’d created for herself was actually an opportunity to help millions of people with the same concerns. That was the start of 10 years of hard work taking her homemade product from her bathroom cabinet to consumers around the world.

Henson takes hair care very seriously—both out of passion and professional necessity. But the cause closest to her heart is the work she does at the BLHF.

The foundation works to improve access to therapy and remove stigma around mental health in underserved communities. It’s named in honor of Henson’s father, who was traumatized by his experiences in the Vietnam War. And like TPH, it was born from witnessing people around her struggle with unacknowledged and unmet needs.

Henson grew up in a neighborhood in Washington D.C. that experienced violence and instability. The people who lived there fell into a gap in the system. She witnessed firsthand how a lack of resources made it harder for them to manage the emotional and mental fallout from these traumatizing circumstances.

Later in her life, Henson worked as a substitute teacher in the Crenshaw neighborhood of Los Angeles. There, she saw how little support schools offer to children growing up in difficult and sometimes dangerous situations—another case of needs not being met.

“No one's checking in on these babies to figure out, ‘Are you OK?’ No one cares,” Henson says of the trauma her students often faced. “All we want them to do is do the work. But they can't do the work if they're mentally struggling.”

BLHF fills these voids by working in schools and providing free therapy sessions for people who otherwise struggle to access mental healthcare. Henson has also testified about these needs to a Congressional task force on mental health among Black youth.

Even now, as a Hollywood A-lister who can afford therapy, Henson has struggled to find a therapist who’s a good fit for her son’s needs as a young Black man and her own needs as a Black woman.

“What I'm speaking of is culturally competent therapists,” Henson says. “That doesn't mean you have to be Black. It means I don't need to go into the room already weighed down with the problems of the world, and then try to explain to you why I'm in this situation.”

In her businesses and her life, Henson finds opportunities to make a difference by seeking out the gaps that go overlooked and ignored by others.

If you have a dream—if you have something that you feel like the world is missing—go for it.

Connecting with audiences by being authentic

Henson’s fame may have helped her get TPH onto shelves. But she doesn’t want people to see the brand as a celebrity cash-grab with no substance to back it up. She wants the quality and integrity of her projects to speak for themselves.

“I don't slap my name on things just for sales, because people aren't stupid,” Henson says. “I don't belittle the intelligence of my fans or the public. I'm not going to put my name on something just for money. I have to explain why I did it.”

This is why Henson is so intentional about choosing projects that fill a specific need. It enables her to be completely honest about her own experiences when she’s championing them. Speaking about her mental health work, she says, “Everything that I do is very organic. I don't do stuff ‘just because.’ I act for my job, I can't act in real life.”

Being honest isn’t always pretty, but it is impactful. Audiences connect more intimately with the truth than with a polished image of perfection. “No one wants to hear how perfect your life is—who’s that helping?” Henson says. “I like to be as transparent as possible.”

Henson spent 20 years building her platform. Now that it’s big enough to support her bold and brilliant plans to change the world for the better, she’s making sure no one is left behind. 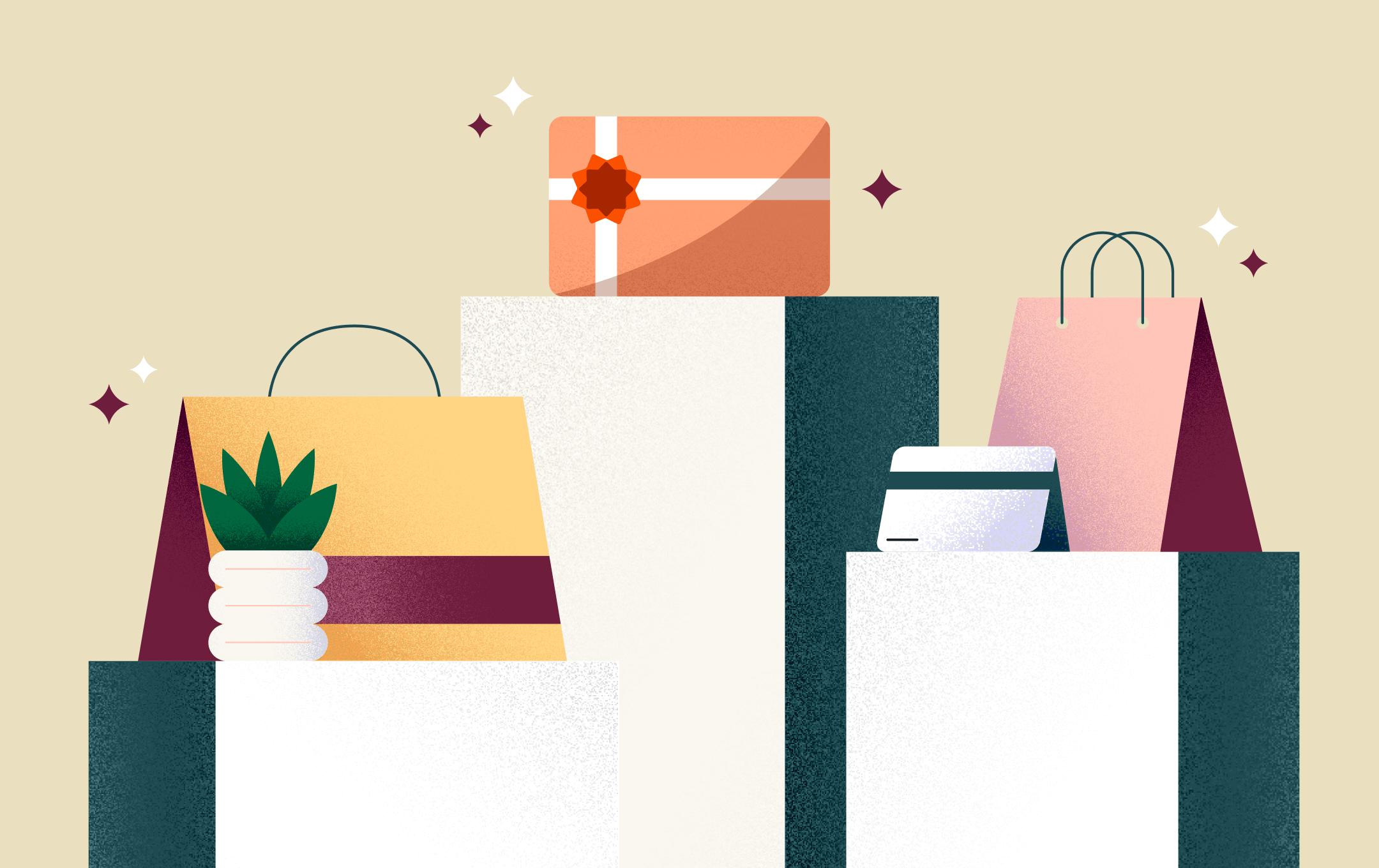 Trends and InsightsThe Most Personal, Luxury Shopping Experience is on Mobile 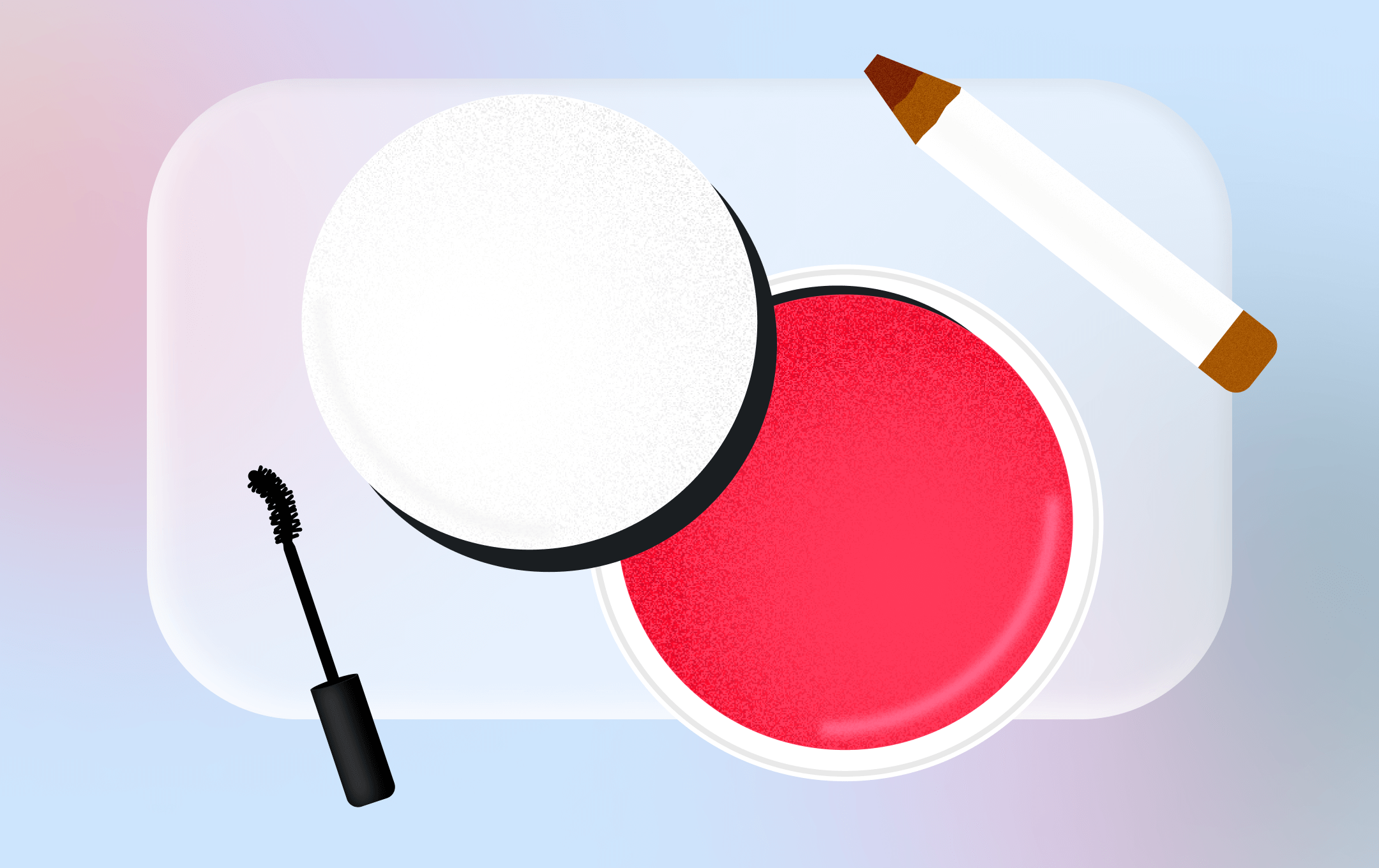 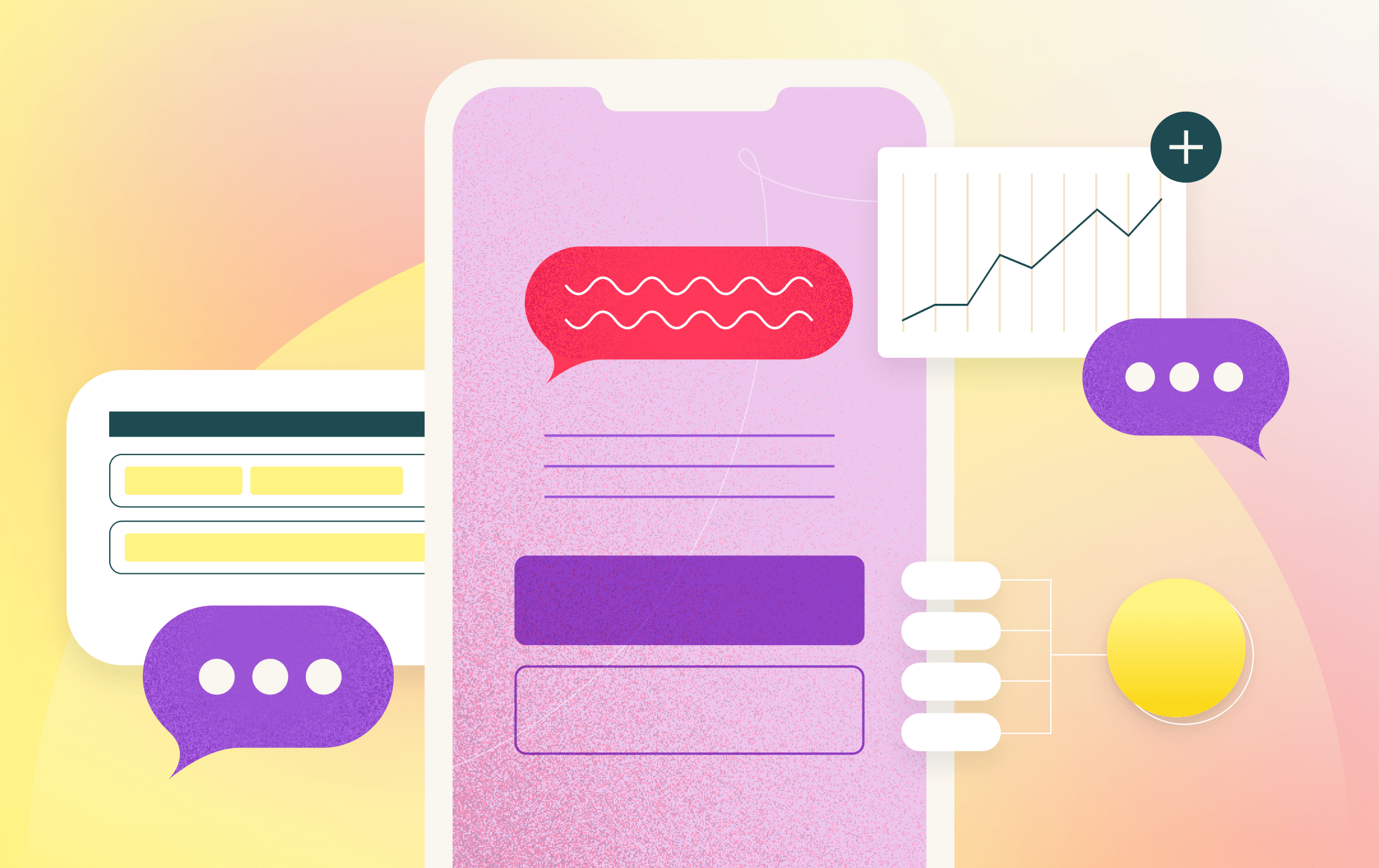 Trends and InsightsConversations are the Thread Between Commerce and Convenience